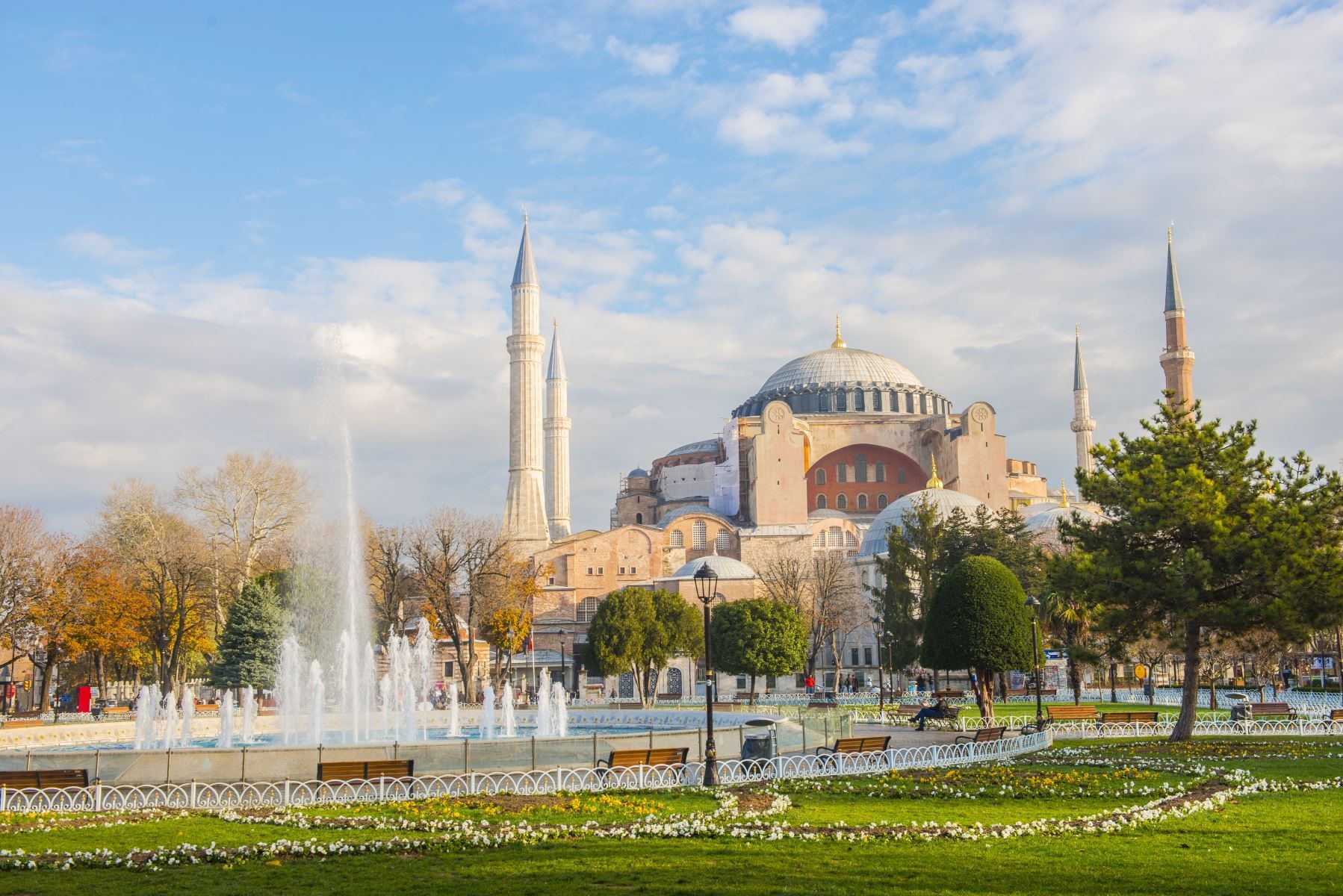 The Historic Areas of İstanbul, situated on a peninsula surrounded by the Sea of Marmara, Boğaziçi (Bosphorus), and Haliç (Golden Horn), were inscribed on the UNESCO World Heritage List in 1985.
İstanbul is the only city situated on two continents in the world. The Historic Areas of İstanbul are represented by four main areas: Sultanahmet Archaeological Park, Süleymaniye Conservation Area, Zeyrek Conservation Area and Land Walls Conservation Area. These areas differ from each other in terms of the periods and characteristics of the cultural properties that they house, and they display the urban history of İstanbul. 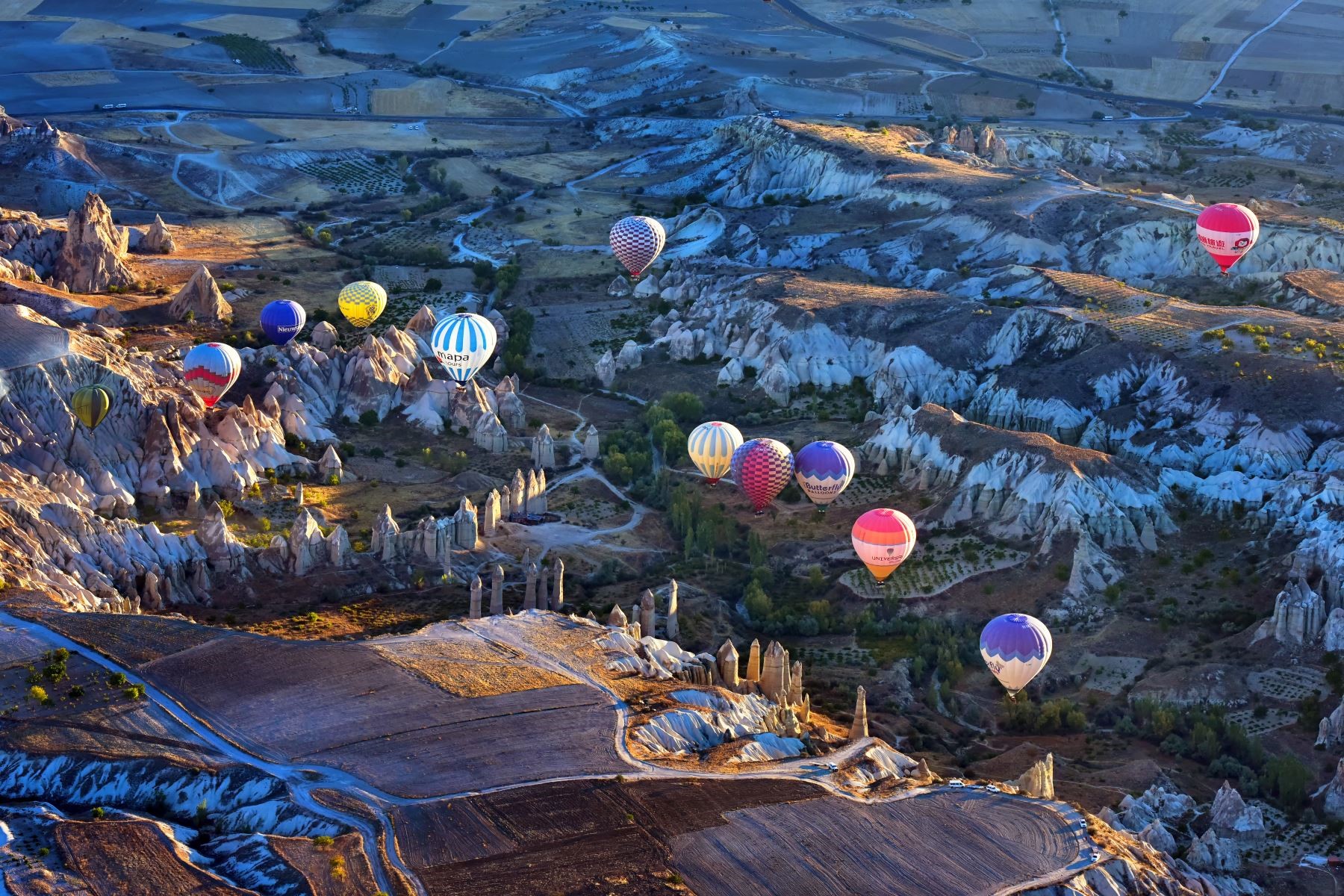 2. Göreme National Park and the Rock Sites of Cappadocia (1985)

Göreme National Park and Cappadocia were inscribed on the World Heritage List in 1985 as 7 parts: Göreme National Park, Derinkuyu Underground City, Kaymaklı Underground City, Karlık Church, Theodore Church, Karain Columbaries and Soğanlı Archaeological Site.
The most significant feature of Göreme National Park and Rock Cut Cappadocia Region is the existence of a plenty of fairy-chimneys, formed by the wind and the rain water. The columbaries on the high slopes of Soğanlı, Zelve and Üzengi Valleys, and the monk cells carved in the depths of the valleys add value to the site. 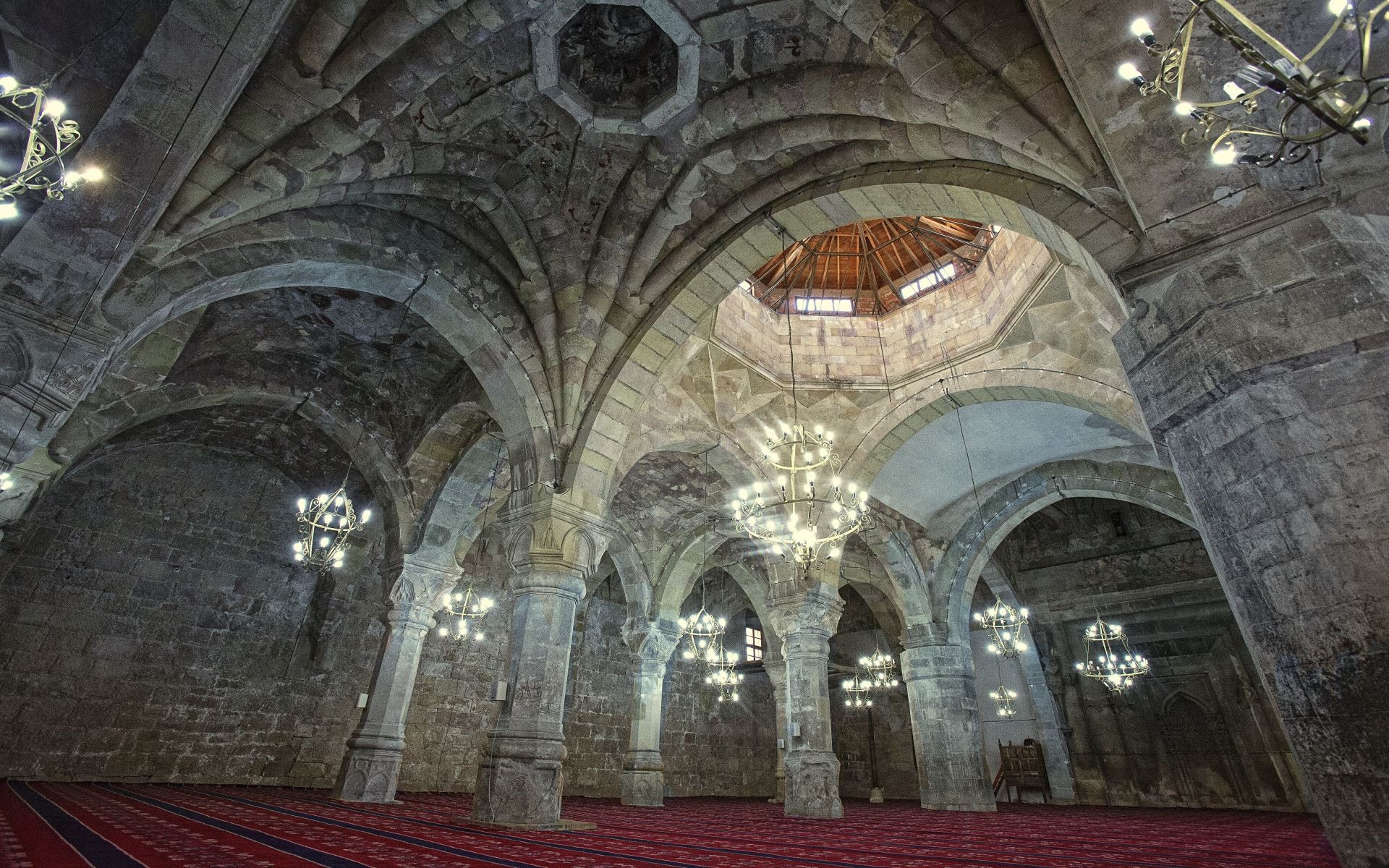 The first Turkish buildings inscribed on the World Heritage List are the Ulu (Great) Mosque and Hospital of Divriği. This building complex was commissioned in the 13th century by Ahmet Shahand his wife Melike Turan of the Principality of Mengücekli. Renowned for its monumental architecture and traditional stone carving decorations of Anatolia, this masterpiece, with its two-domed mosque, hospital and tomb, was inscribed on the UNESCO World Heritage List in 1985. 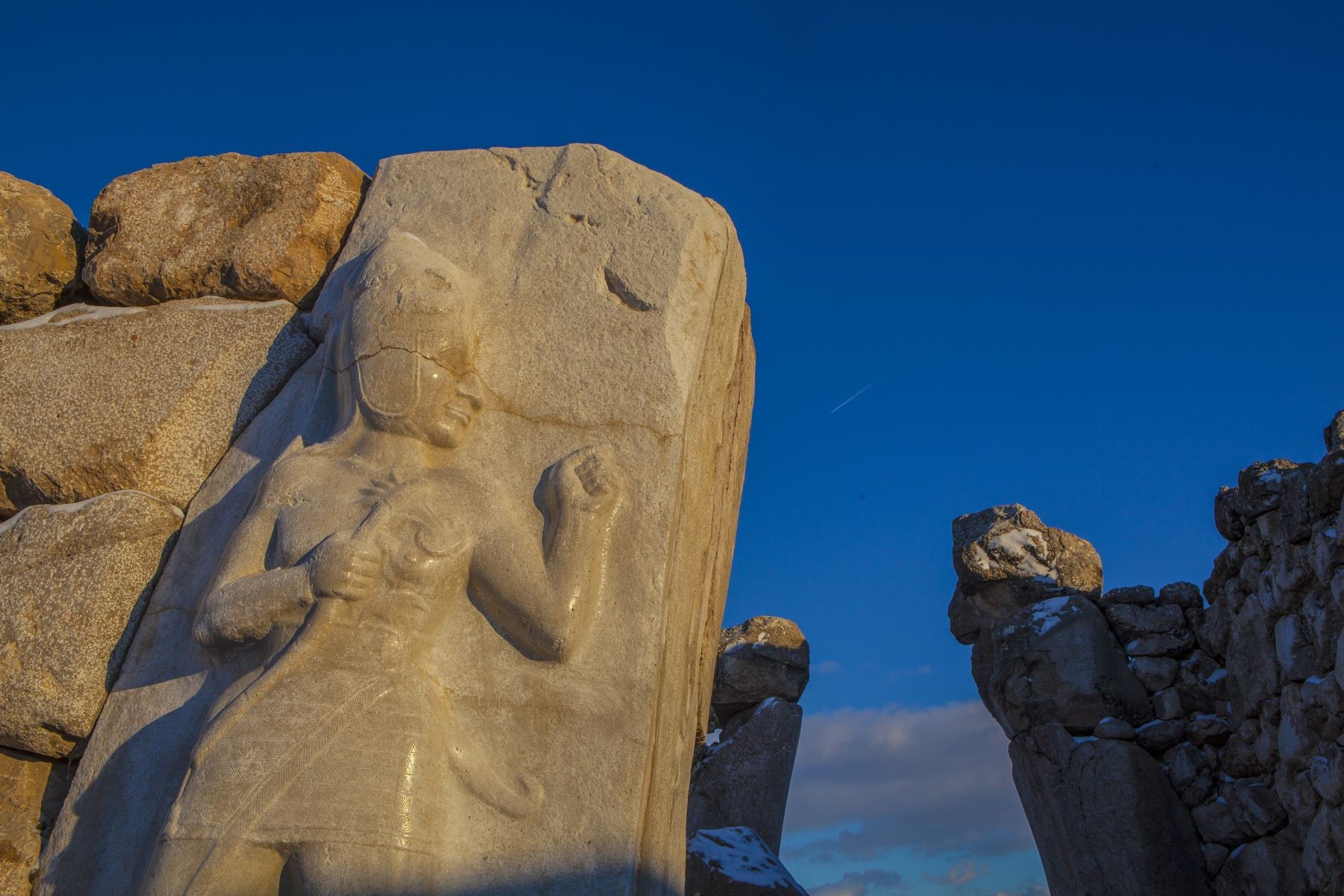 Having been founded around 1650 BC, Hattusha was the capital of the Hittite Empire and became the focus of the arts and architecture of that time. It has been on the World Heritage List as a cultural asset since 1986.
Hattusha is an open-air archaeological museum consisting of two sites, the Lower City and the Upper City. Visible at the Lower City are the remains associated with civic life. The Great Temple is the principal cult building of the city. Due to its two cult rooms, this temple is believed to have been devoted to the Storm God Teşup and the Sun Goddess of Arinna City, which are the greatest gods of the Empire. 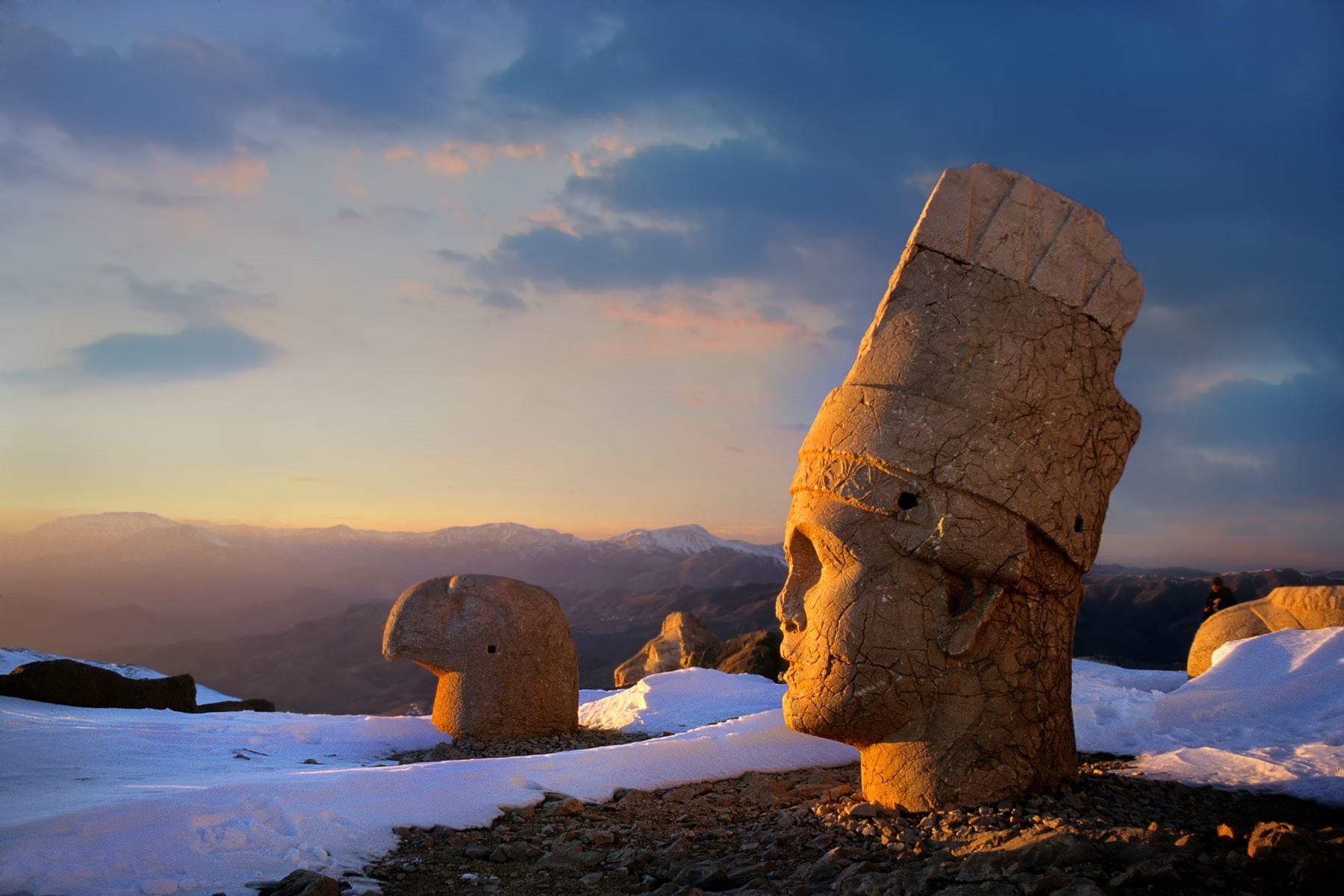 Situated in the Kahta county of Adıyaman province and described as the sacred place of Commagene Kingdom with its enchanting statues standing ten metres high and inscriptions that are several metres long, Nemrut Mountain was inscribed on the World Heritage List as a cultural asset in 1987.
Nemrut Mountain houses the most majestic places of worship belonging to the Hellenistic Era in ancient Anatolia. According to the inscriptions, Antiochus I had a monumental tomb, a tumulus of cut stones over the tomb, and terraces along the three edges of the tumulus built in order to show his gratitude to the gods and his ancestors. 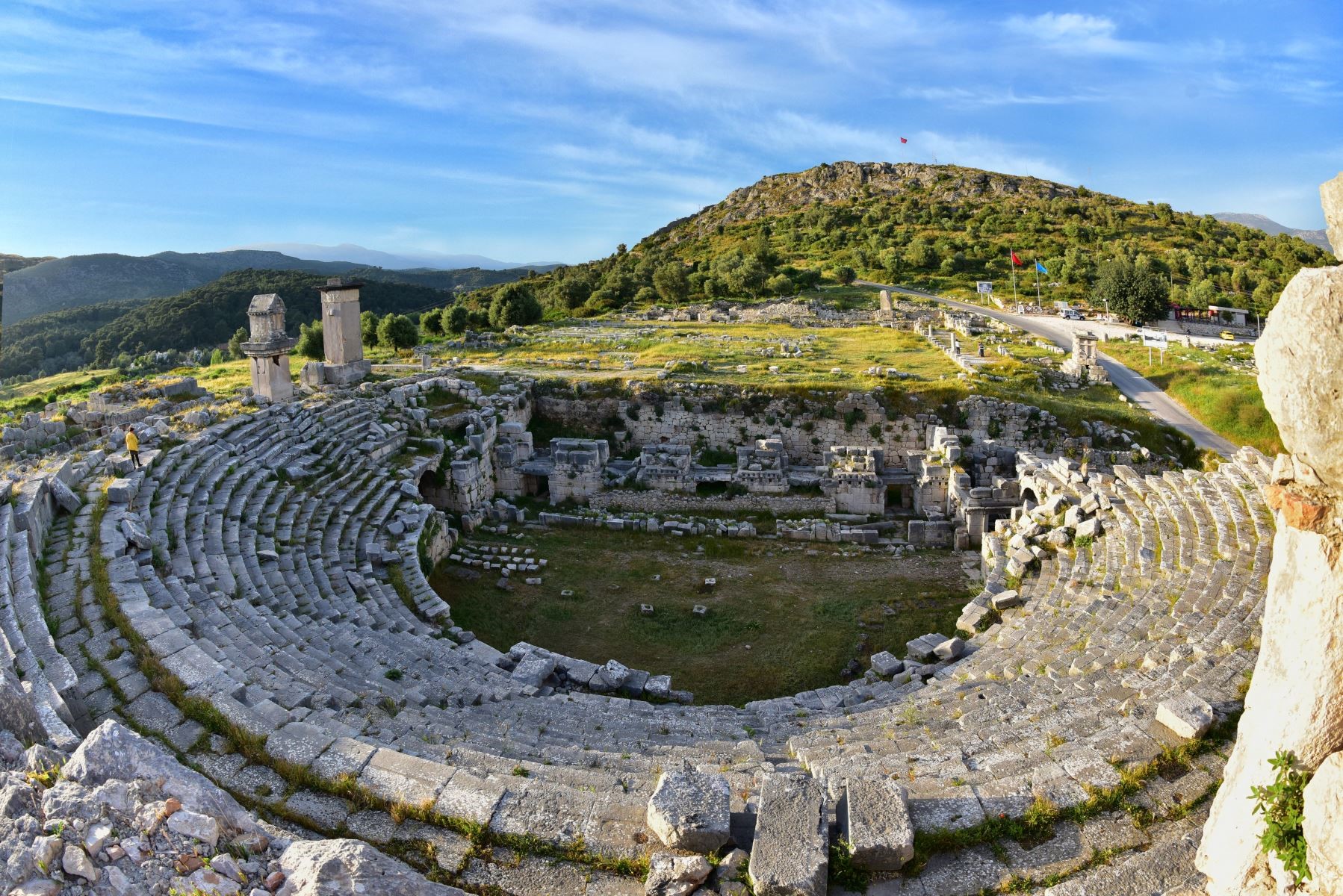 Xanthos, which was the capital of Lycian dating back to 3000s BC, is known to be the largest administrative centre of Lycia during antiquity. Letoon, which was inscribed on the World Heritage List together with Xanthos in 1988, was one of the most prominent religious centres in antiquity.
The archaeological value of Xanthos and Letoon make them very important parts of world heritage. The sites are about 4 km apart and they include the stone inscriptions on which the longest and the most important scripts in Lycian language are written. 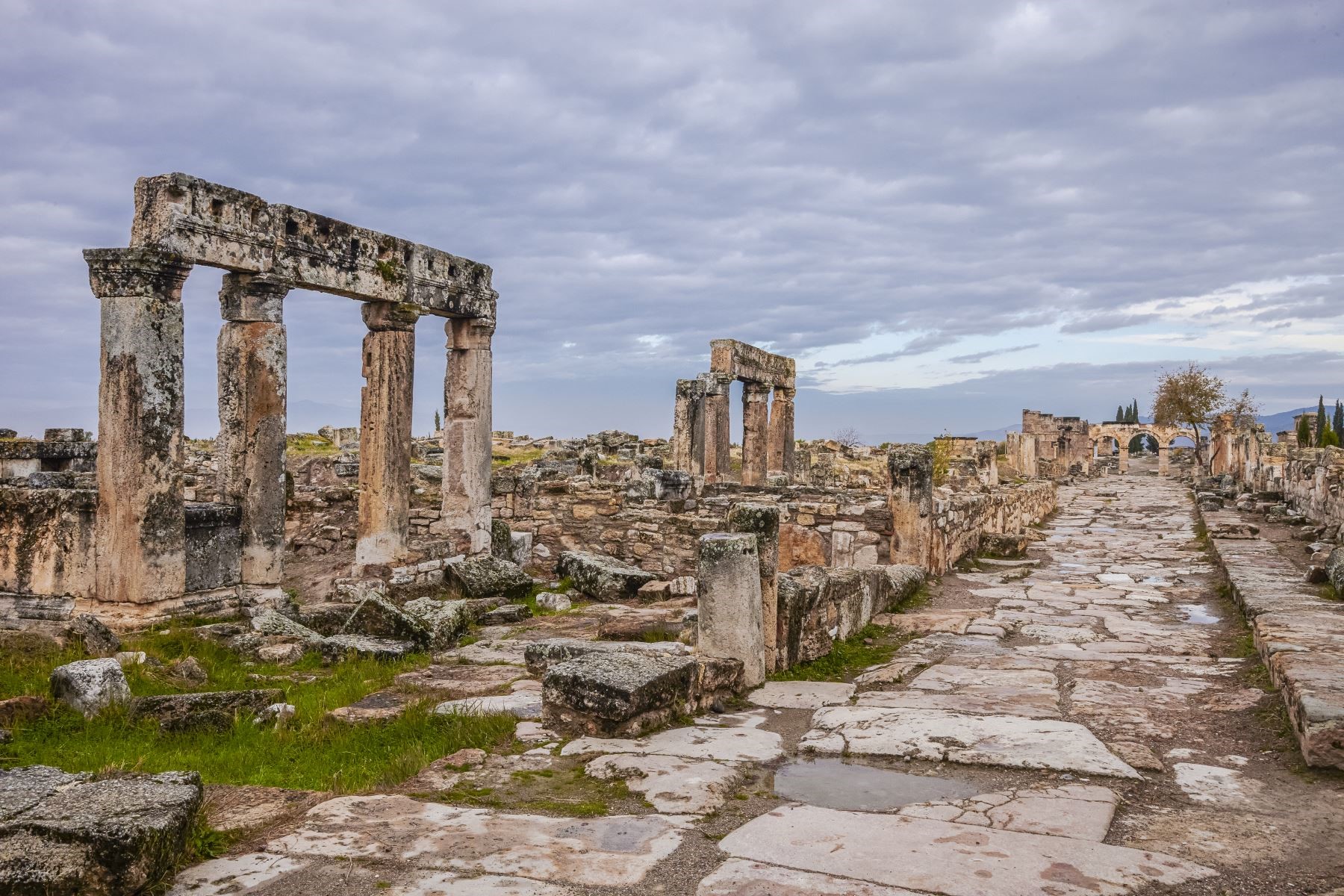 The sacred Hierapolis of Phrygia, one of the antique cities of the Aegean, was inscribed on the UNESCO World Heritage List in 1988. The ancient city of Hierapolis is believed to have been founded by Eumenies II, the King of Pergamum, in the 2nd century BC, and to have been named after Hiera, the beautiful wife of Telephos, the legendary founder of Pergamon.
The city was attached to the Asia province of Roman Empire in 129 BC and administrated by proconsuls. The city saw its most brilliant years between 96 and 162 AD and it was attached to Pisidia Pacatiana in the 3rd century AD. 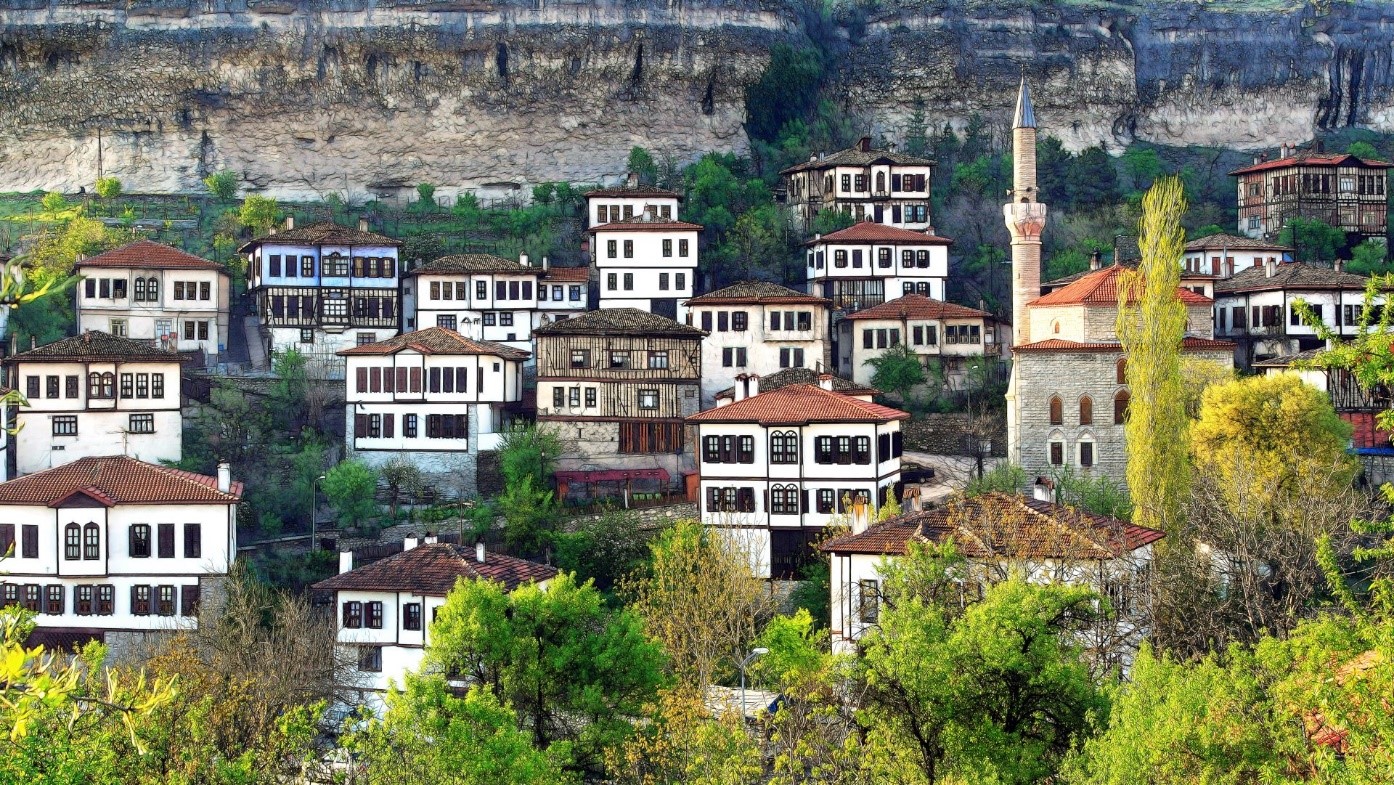 Safranbolu, a unique Anatolian city that brings history to life through its mosques, market, neighbourhoods, streets and historic houses, was inscribed on the UNESCO World Heritage List in 1994. The city is represented as three parts in the World Heritage List; Çukur, Kıranköy and Bağlar.
The city has a known history that dates back to 3000 BC and is located in a region which was ruled by the Hittites, the Phrygians, the Lydians, Persians, Hellenistic Kingdoms (Ponds), Romans, Seljuks, principalities of Çobanoğlu and Candaroğlu, and the Ottomans respectively. 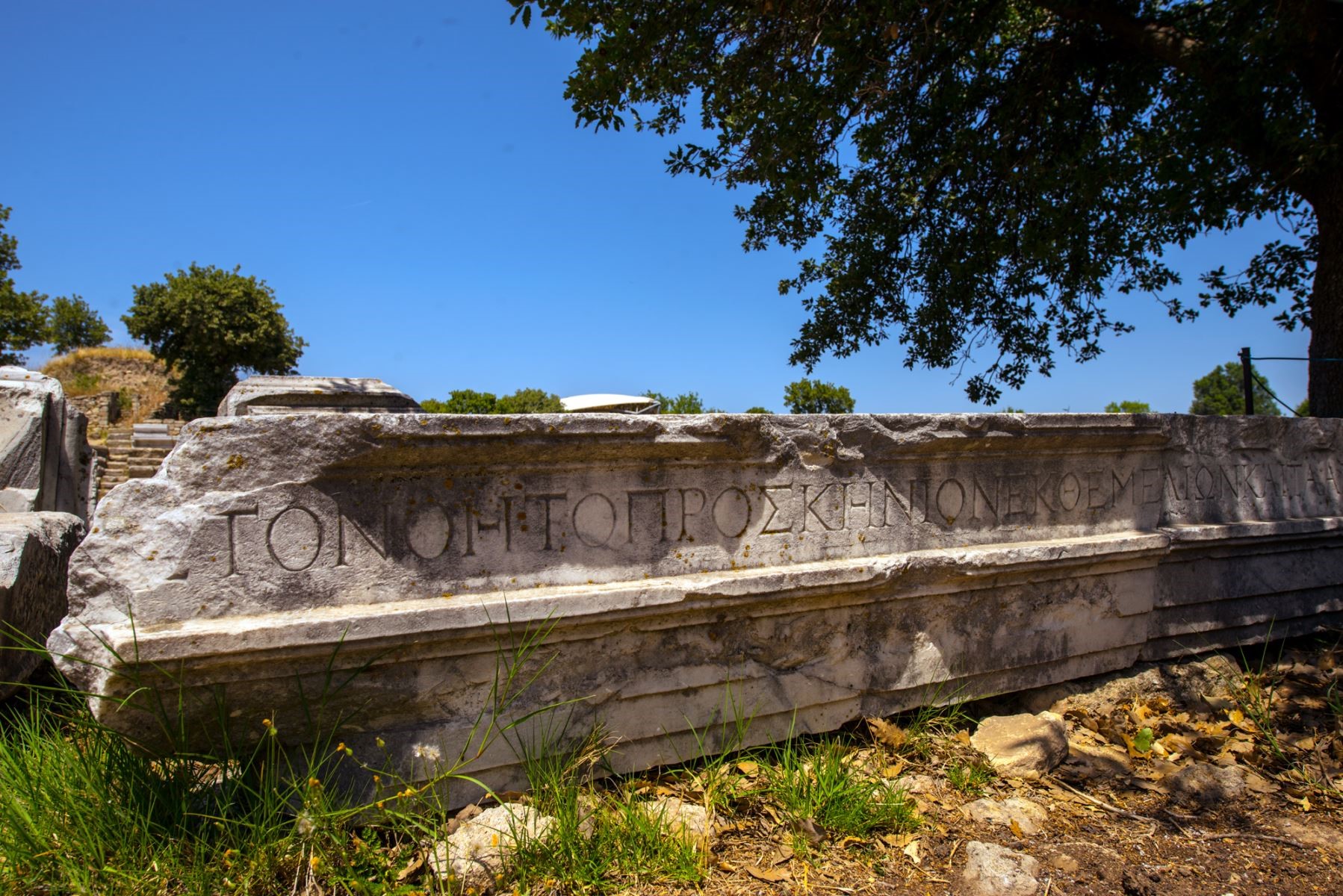 The Ancient City of Troy, famous for being the site of Trojan War that Homer described in his epic poem The Iliad, was inscribed on the World Heritage List in 1998.
With its history dating back to 3000 BC, it is one of the most famous archaeological sites of the world. It is located within the boundaries of Çanakkale province. According to the foundation legend of Troy, the sea goddess Tethys and the titan of Atlantic Sea, Oceanus, had a daughter called Electra. Electra would become Zeus’s wife and would give birth to Dardanus. Dardanus’ son Tros would found the city called Truad, and his son Ilus would found the city of Troy. 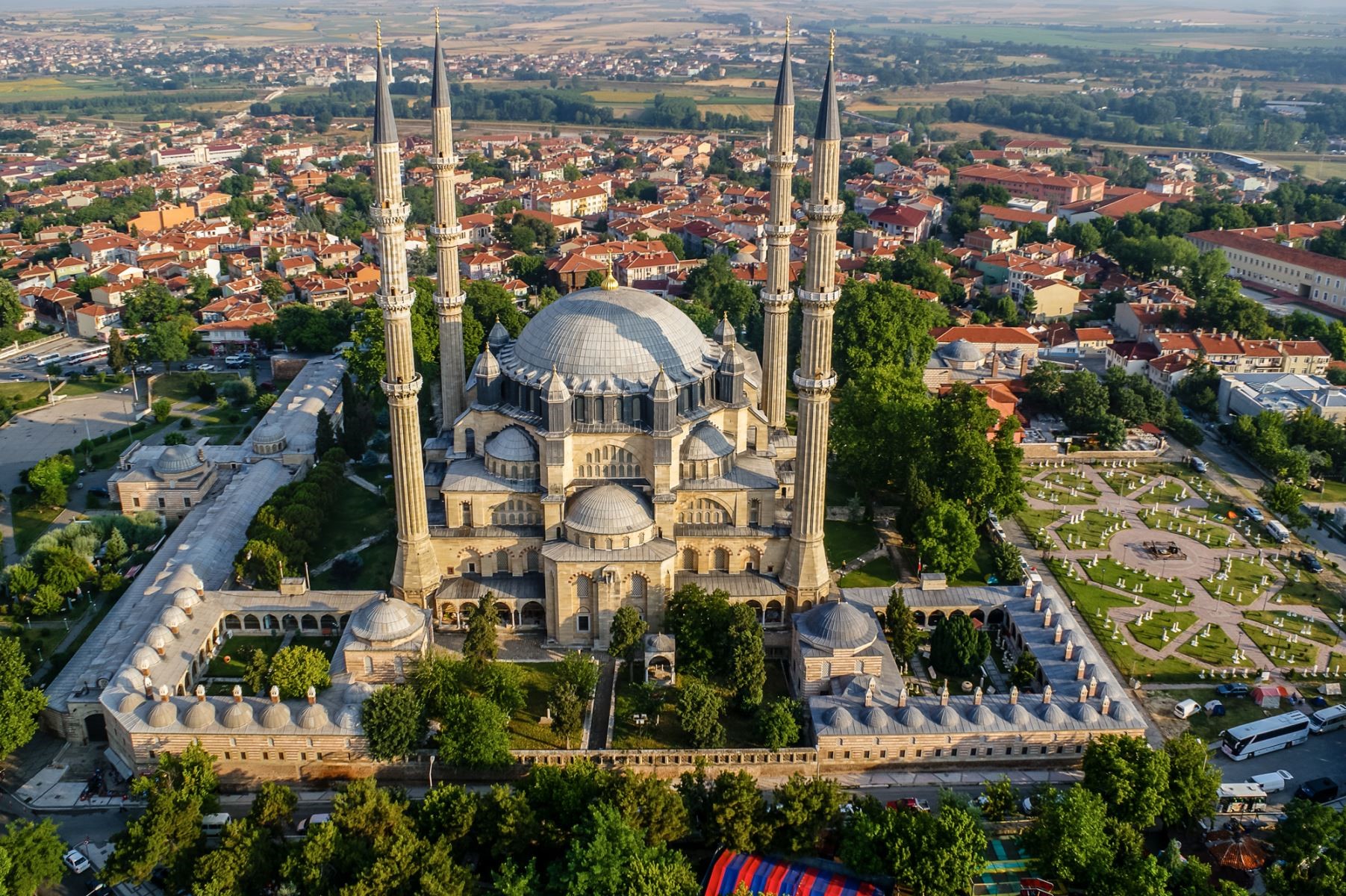 The Selimiye Mosque and Complex are located in Edirne, the capital of Ottoman Empire before the conquest of İstanbul, and were inscribed on the UNESCO World Heritage List in 2011.
The mosque is visible from all parts of the city with its entire splendour. With its monumental dome and four slender minarets, the mosque was designed and built by Mimar Sinan, the world renowned royal architect. The construction of the mosque started in 1568, lasted seven years and was completed in 1575. Thousands were employed during the construction.Considered as the most important masterpiece of Ottoman art, the royal architect Mimar Sinan regarded the mosque as his “masterwork”. 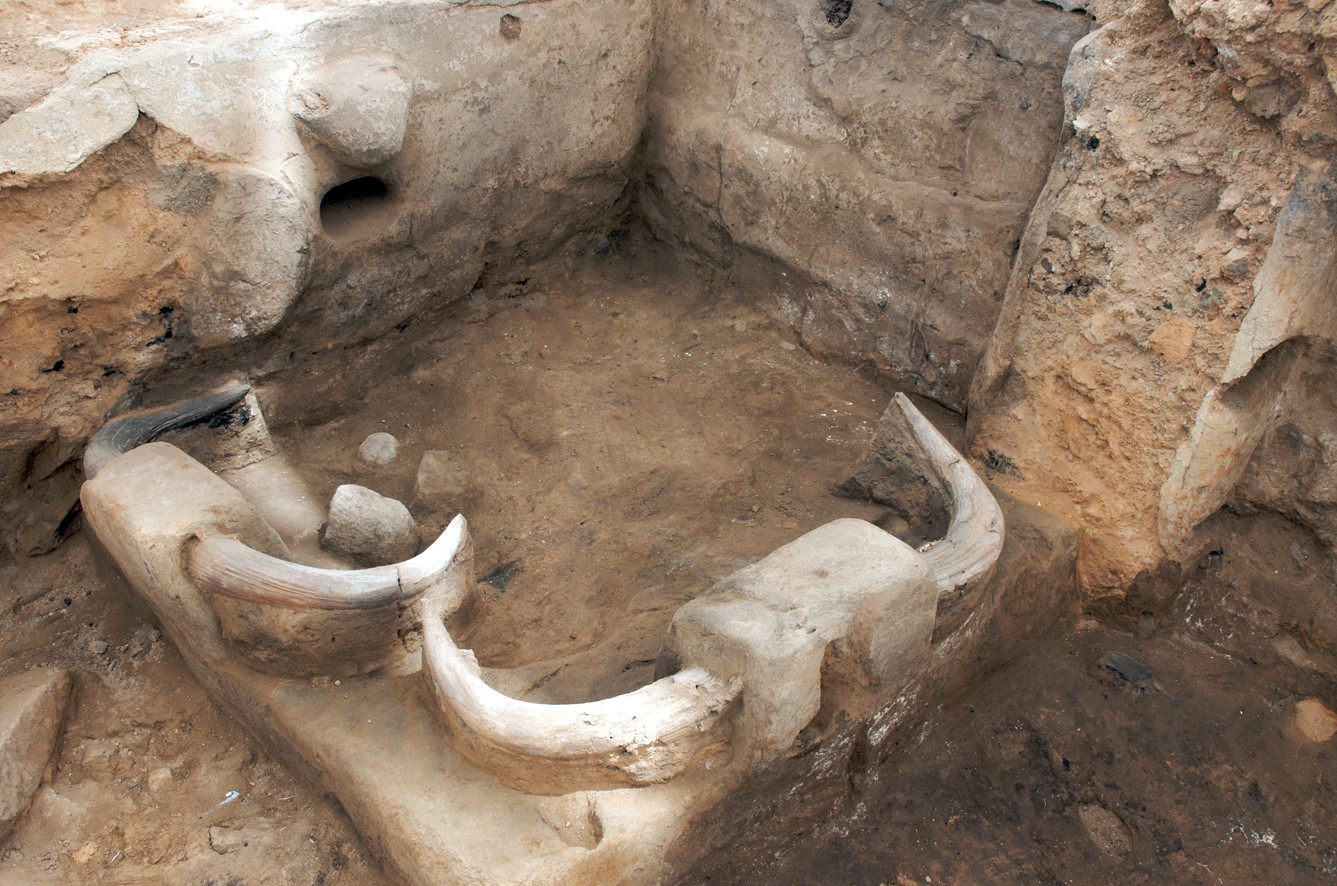 Çatalhöyük has been renowned as one of the earliest settlements of the Neolithic Era, and sheds light on the dawn of human settlement with unique examples of the earliest domestic architecture and landscape painting as well as the sacred objects of mother-goddess cult. Çatalhöyük is in the Çumra county of Konya province, and it was discovered in 1958. Comprehensive scientific studies and excavations have been carried out on various dates since then.
The Neolithic “city” of Çatalhöyük was renowned for its extraordinary arts and crafts, and the earliest finds were from 7,400 BC. The settlement was an international key to unlocking the basis of civilisation and agriculture. The social organisation of the Neolithic Site of Çatalhöyük and its urban plan are believed to represent the ideals of equality. Neolithic Site of Çatalhöyük was inscribed on the World Heritage List in 2012. 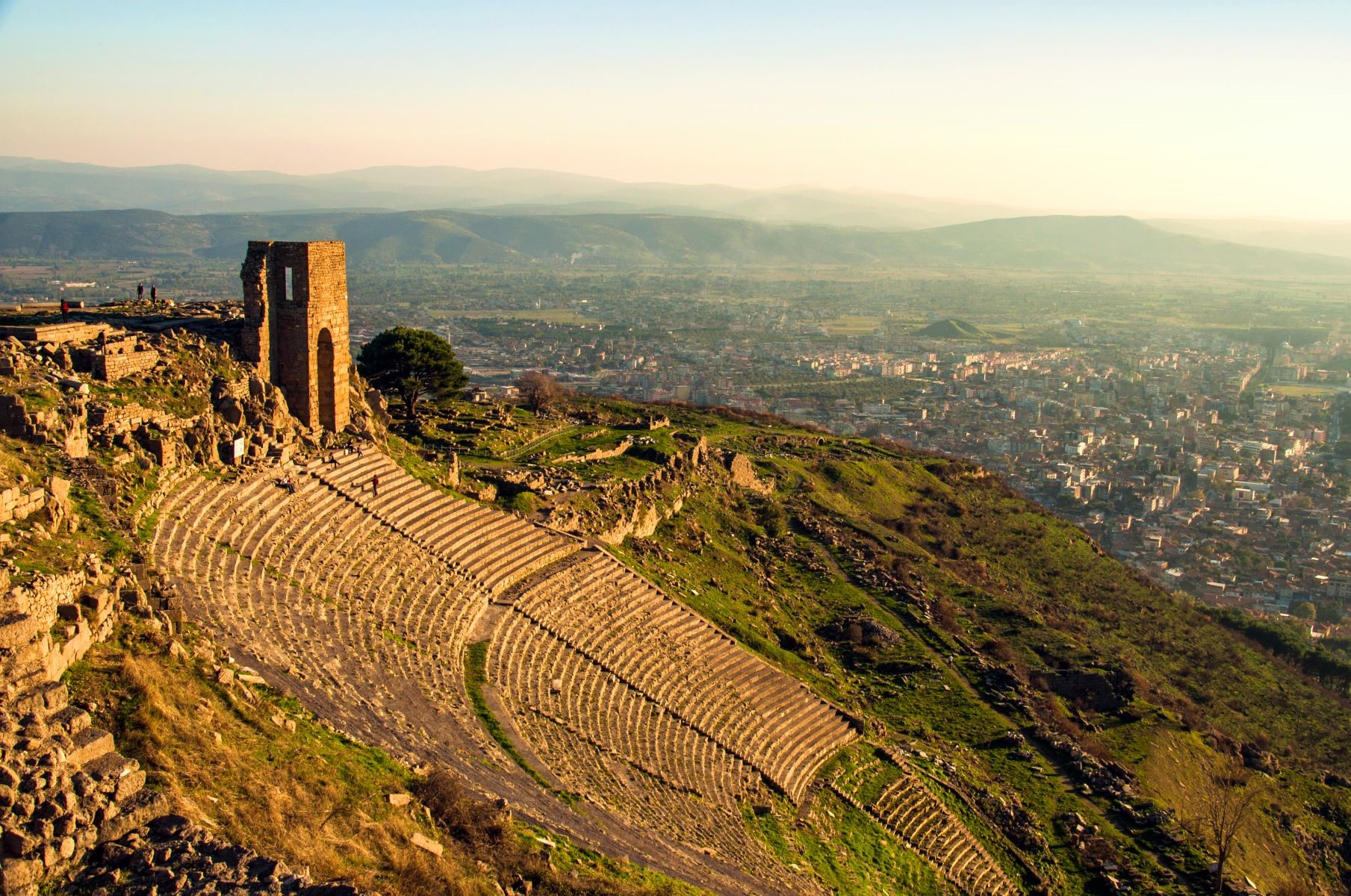 12. Pergamon and its Multi-Layered Cultural Landscape (2014)

“Pergamon and Its Multi-layered Cultural Landscape”, the only capital city from the Hellenisticperiod, inholding the layers of Hellenistic, Roman, Eastern Roman and Ottoman periods have been inscribed to the World Heritage List of UNESCO in 2014.

The Areas, insribed to the World Heritage List consist of nine components; Pergamon City (multi-layered city), Kybele Sanctuary, Ilyas Tepe, Yigma Tepe, İkili Tumuli, Tavşan Tepe, X Tepe, A Tepe and Maltepe Tumulus. Ancient Pergamon settlement at the top of the Kale Hill, the capital of Hellenistic Attalid Dynasty, represents the outstanding example of urban planning of the Hellenistic period with its monumental architecture. Temple of Athena, , the steepest theater of the Hellenistic period, library, Great Altar of Pergamon, Dionysus Temple, agora, gymnasiums and high pressured water pipe-line system are the most outstanding examples of this planning system and architecture in the period. Great Altar of Pergamon and many other works produced by Pergamon School of Sculpture represent the climax in the art of sculpture in Hellenistic period. 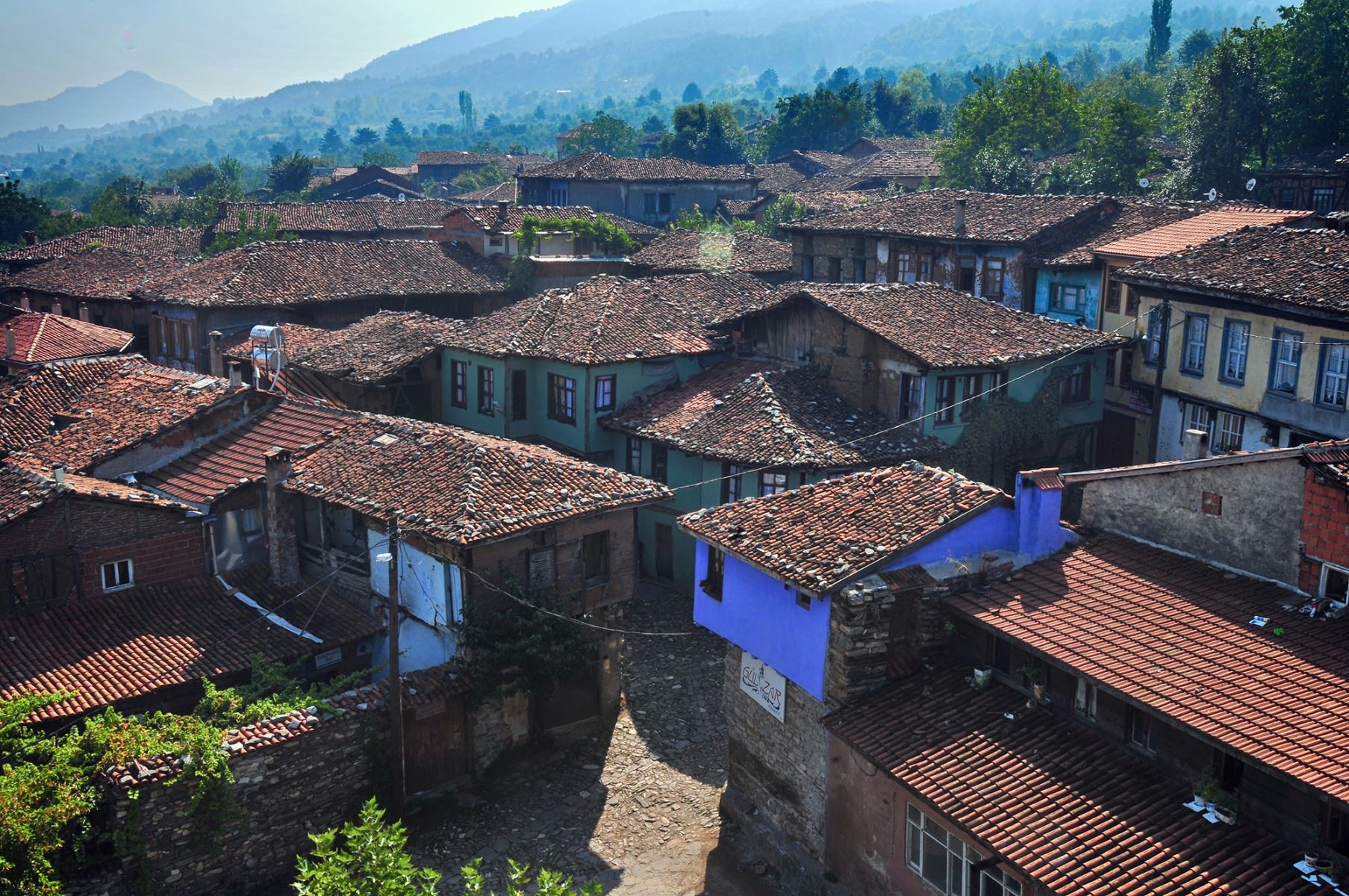 Bursa, as the first capital of Ottoman Empire located on the north-western slopes of Uludağ Mountain and Cumalıkızık founded as a waqf village during the same period have been inscribed in the UNESCO World Heritage List in 2014.
The World Heritage Site of “Bursa and Cumalıkızık: The Birth of Otoman Empire” consists of six components including Khans Area involving Orhan Ghazi Kulliye and its environs, Hüdavendigar (Murad I) Kulliye, Yıldırım (Bayezid I) Kulliye, Yeşil (Mehmed I) Kulliye, Muradiye ( Murad II) Kulliye and Cumalıkızık Village.The significant commercial role of Bursa throughout history, which was created as the first capital of Ottoman Empire and shaped by kulliyes and villages, in the context of waqf system formed according to early Ottoman architectural traditions, has been revealed with large khans, bedesten, bazaars n the city. 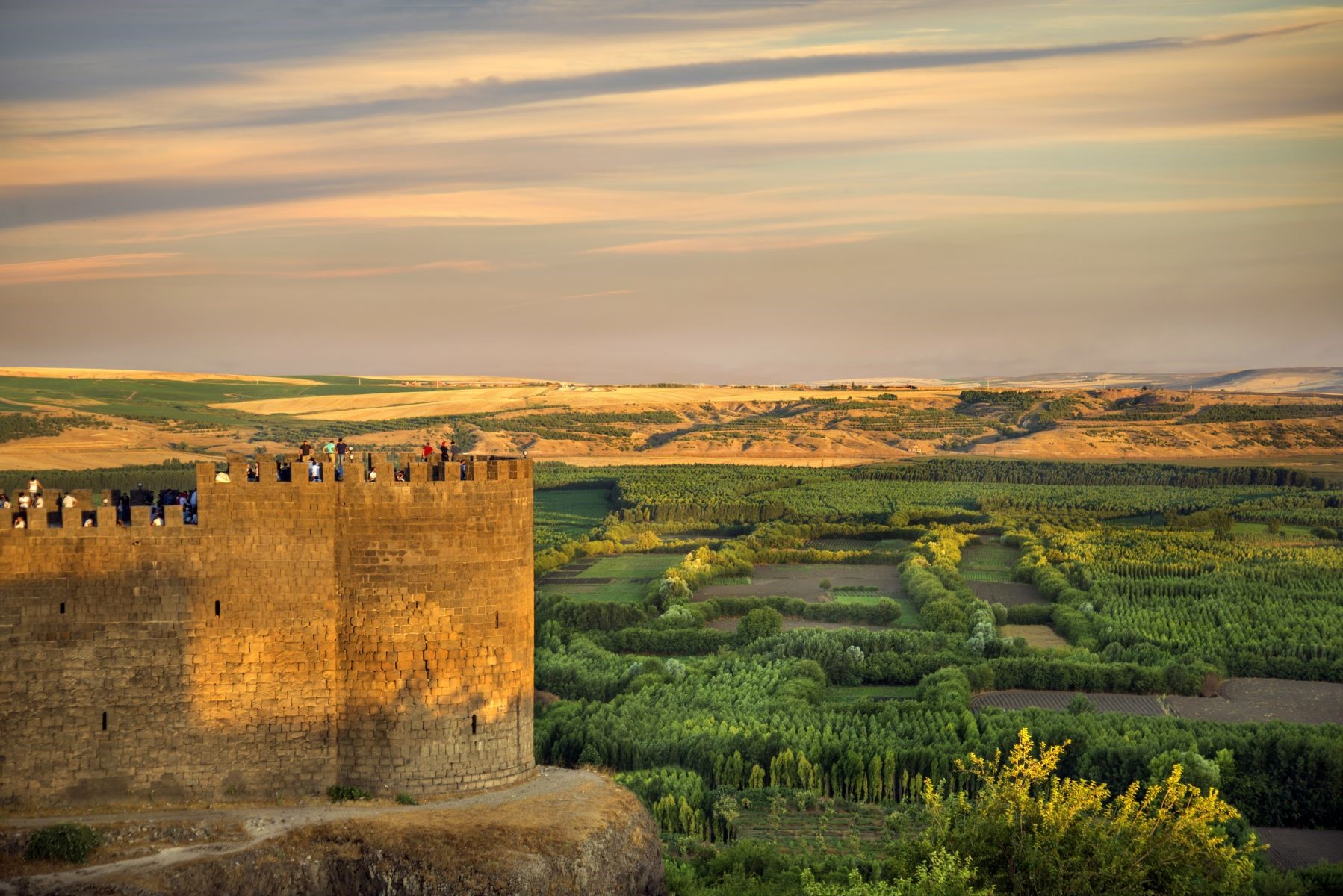 Located on an escarpment of the Upper Tigres River Basin that is part of the so-called Fertile Crescent, the fortified city of Diyarbakır and the landscape around has been an important centre since the Hellenistic period, through the Roman, Sassanid, Byzantine, Islamic and Ottoman times to the present. The site encompasses the Amida Mound, known as İçkale (inner castle), the 5.8 km-long city walls of Diyarbakır with their numerous towers, gates, butresses, and 63 inscriptions from different periods, as well as Hevsel Gardens, a green link between the city and the Tigris that supplied the city with food and water. 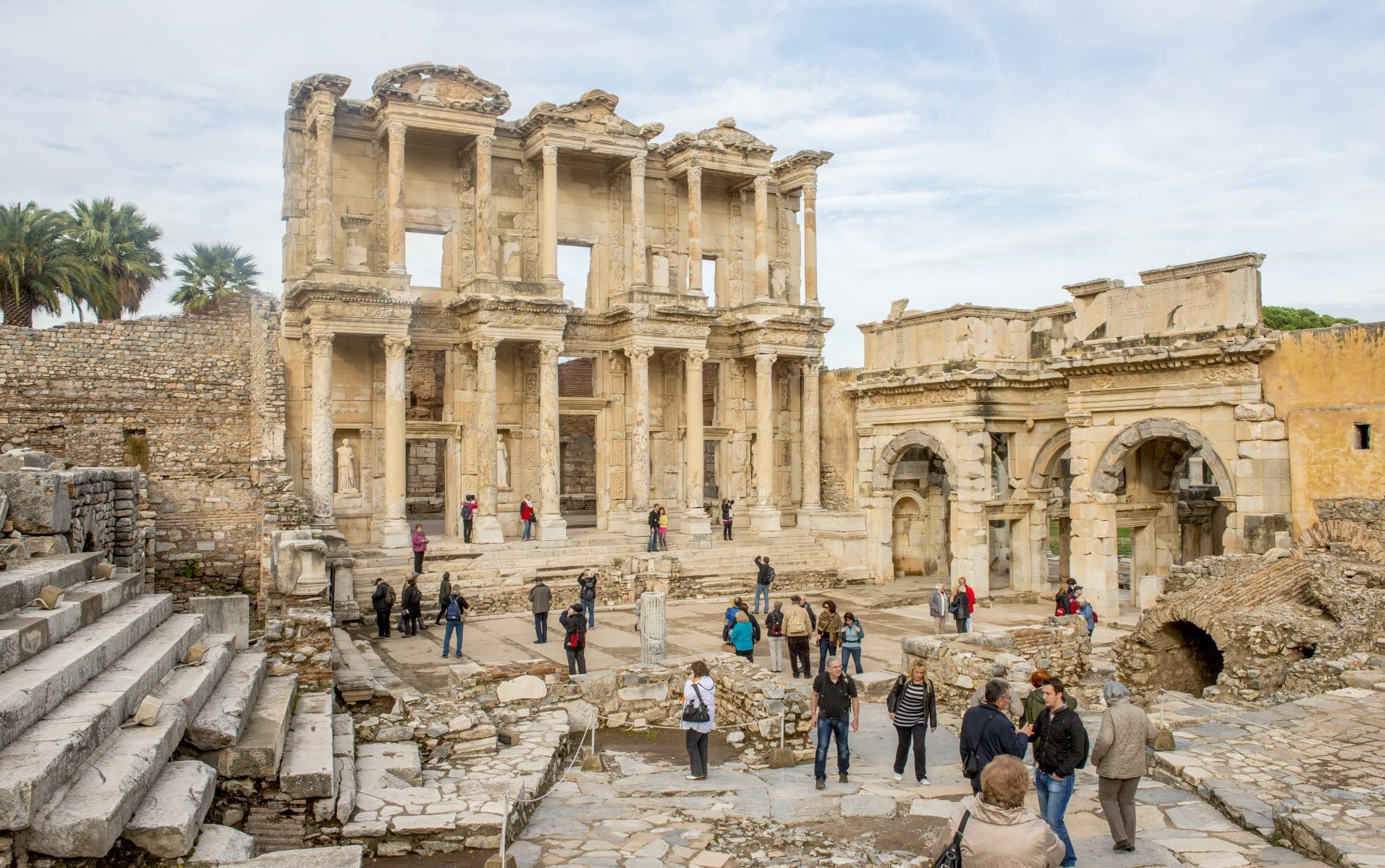 Located within what was once the estuary of the River Kaystros, Ephesus comprises successive Hellenistic and Roman settlements founded on new locations, which followed the coastline as it retreated westward. Excavations have revealed grand monuments of the Roman Imperial period including the Library of Celsus and the Great Theatre. Little remains of the famous Temple of Artemis, one of the “Seven Wonders of the World”, which drew pilgrims from all around the Mediterranean. Since the 5th century, the House of the Virgin Mary, a domed cruciform chapel seven kilometres from Ephesus, became a major place of Christian pilgrimage. The Ancient City of Ephesus is an outstanding example of a Roman port city, with sea channel and harbour basin. 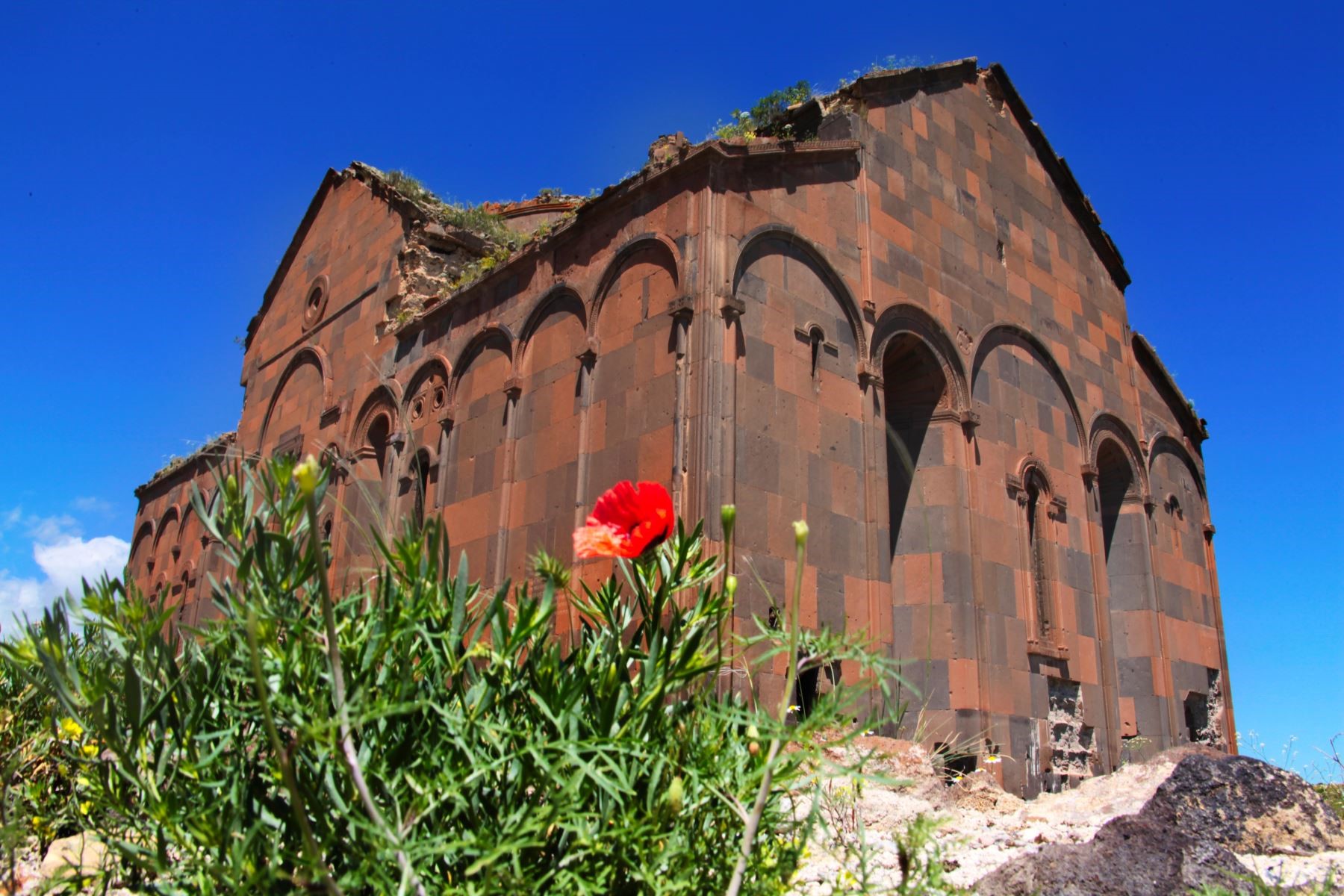 This medieval city combines residential, religious and military structures, characteristic of a medieval urbanism built up over the centuries by Christian and then Muslim dynasties. The city flourished in the 10th and 11th centuries CE when it became the capital of the medieval Armenian kingdom of the Bagratides and profited from control of one branch of the Silk Road. Later, under Byzantine, Seljuk and Georgian sovereignty, it maintained its status as an important crossroads for merchant caravans. The Mongol invasion and a devastating earthquake in 1319 marked the beginning of the city’s decline. The site presents a comprehensive overview of the evolution of medieval architecture through examples of almost all the different architectural innovations of the region between the 7th and 13th centuries CE. Archaeological Site of Ani was inscribed on the UNESCO World Heritage List in 2016. 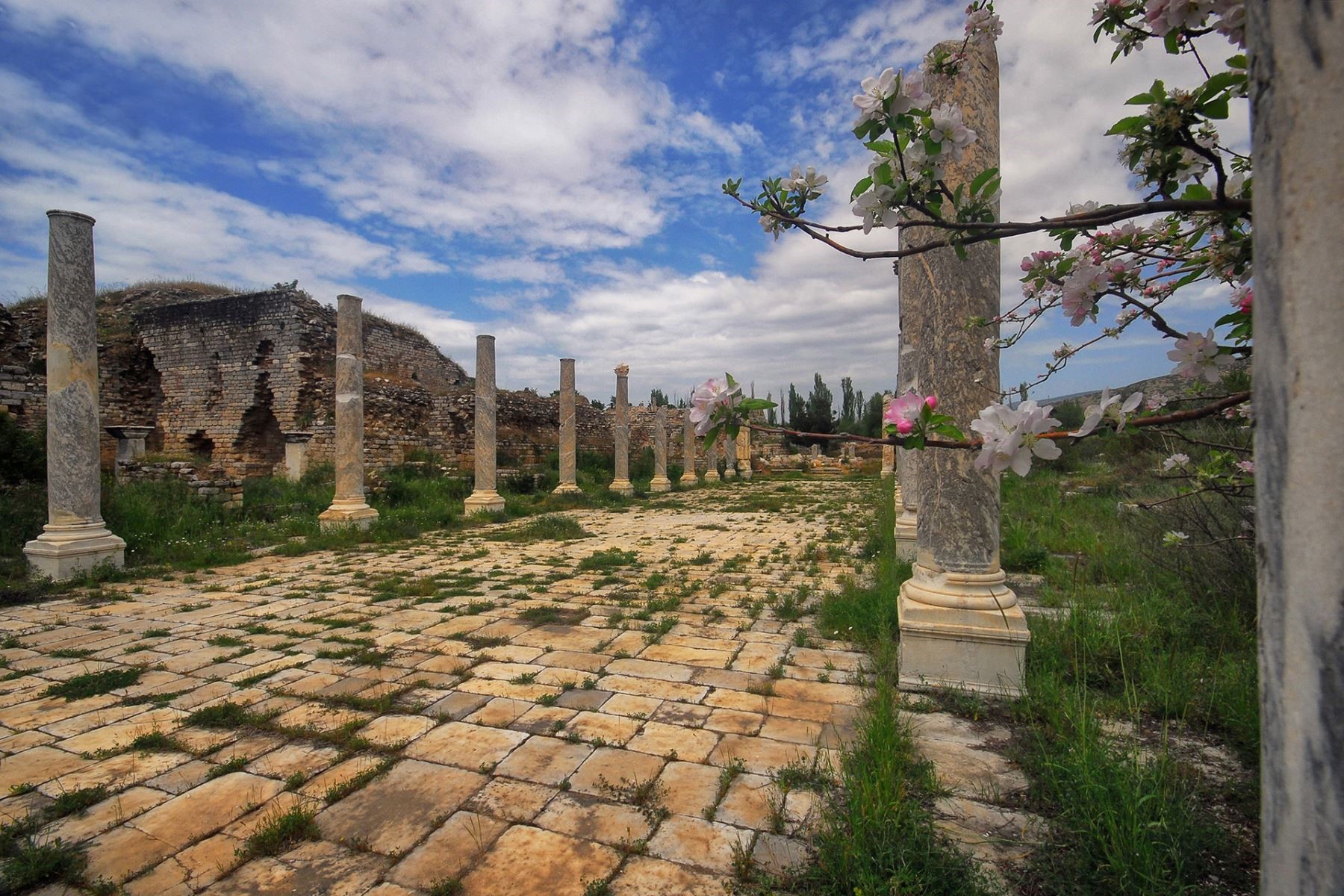 Located in southwestern Turkey, the site consists of two components: the archaeological site of Aphrodisias and the marble quarries northeast of the city. The temple of Aphrodite dates from the 3rd century BCE and the city was built one century later. The wealth of Aphrodisias came from the marble quarries and the art produced by its sculptors. The city streets are arranged around several large civic structures, which include temples, a theatre, an agora, and two bath complexes. Aphrodisias was inscribed on the UNESCO World Heritage List in 2017. 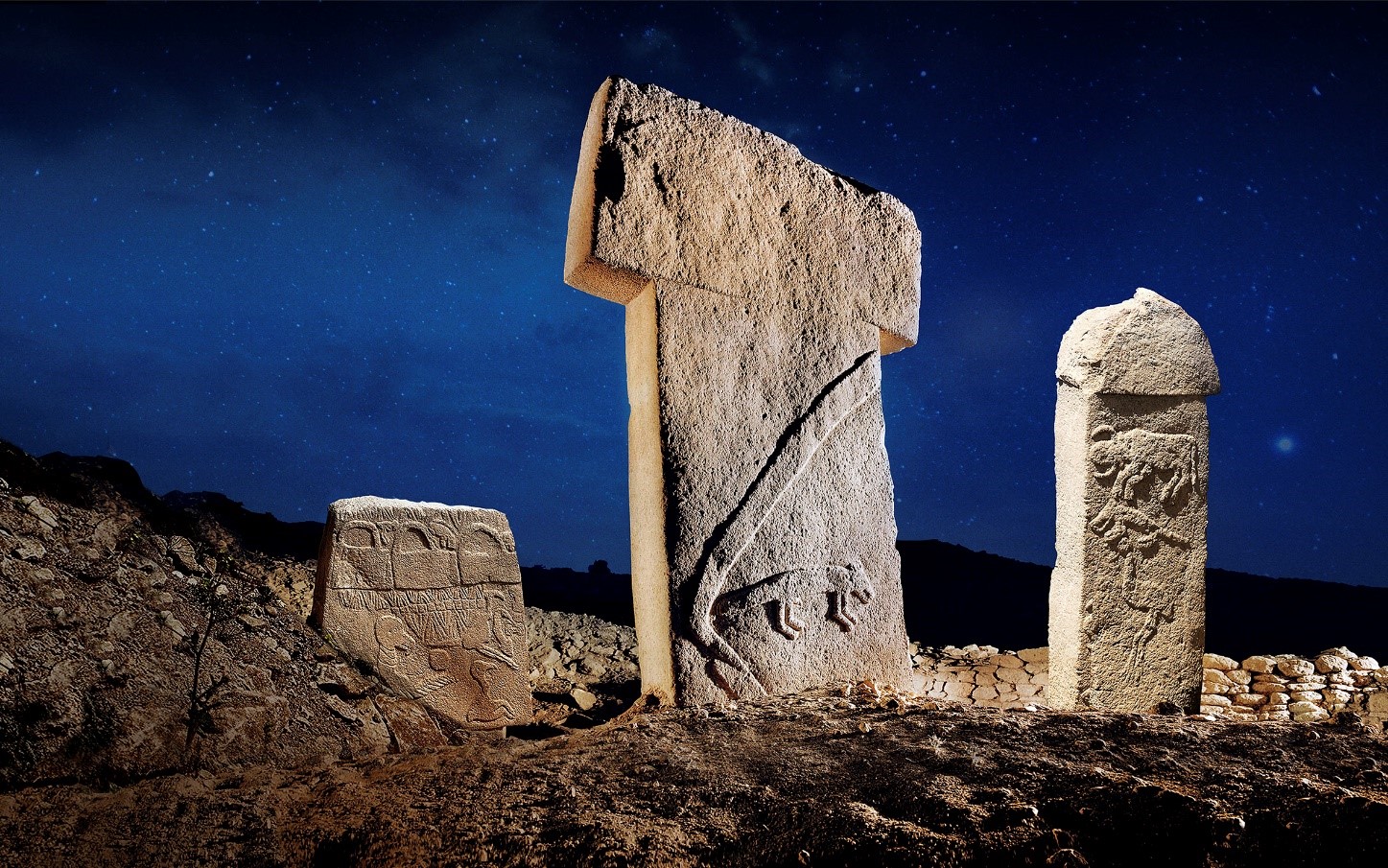 Findings of researchers at Göbeklitepe shows that a religious class existed even at such early ages, division of society into social classes took place well before the widely assumed dates and perhaps the first agricultural activity may have been conducted in the region. As a result, all this new information has been added to the collective knowledge of the humanity and into the history books. On the merits of its contribution to the human history, Göbeklitepe was inscribed on the UNESCO World Heritage List in 2018.