When you book with an account, you will be able to track your payment status, track the confirmation and you can also rate the tour after you finished the tour.
Sign Up
731
3 Days 2 Nights
Availability : Valid untill 15 March
PhotosDetailItineraryMapReviews

Hotels are subject to availability may change at the time of booking with similar
All rates are subject to availability and may change without prior notice.
All services booked by us have specific cancellation policies, it is advised that the former be clarified with us. the winter packages are valid till 15.03.2019
28.12.2018 -03.01.2019 New Year periods need to be added 30 //-Euro Per Night

Welcome to Istanbul. Upon arrival, we will transfer you to your hotel. Rest of the day, you will be free to explore Istanbul. Evening Dinner cruise on the bosphorus

Relax whilst cruising the Bosphorus on a grand yacht enjoying the imperial elegance and the unique panoramic view of a beautifully lit Istanbul’s Asian and European side.. Pass under the bridge that connects Europe and Asia, enjoying the picturesque sights on both continents including Topkapi Palace, Blue Mosque, The Leander Tower and Istanbul’s most posh areas Ortakoy and Bebek.
Cruise Programme:
– Welcome cocktails followed by live/DJ music.
– 5 course dinner. (Turkish & International cuisine)
– Includes unlimited soft drinks.
– On going entertainment by Belly dancers, Turkish folk dancers, games and other performers.

(Buffet Breakfast /Lunch) Pick up – Drop off – 9.30 – 17.30 Approx
The city of Istanbul is one of the oldest cities in Europe, spanning the rise and fall of the world’s most famous empires. As early as the year 330 AD, Emperor Constantine declared it as the capital of the entire Roman Empire and named it Constantinople. When the Republic of Turkey was formed in 1923, the native name, Istanbul, became the sole official name. The city is unique because it is the only city in the world that spans 2 continents Enter the walls of one of the largest and most ancient cities of the world to visit the museums and
mosques in the Sultanahmet Old City area.
Hagia Sophia:Visit the breath taking interiors of one of the oldest historical sights in Istanbul. Built in 537 A.D, Hagia Sophia was a Greek orthodox church that was later converted into a mosque. Today it is a museum boasting original interiors of the church and remains of the mosque.
*Closed Mondays

Topkapi Palace:
Visit the grand palace that served as a residence to the Sultans for over 400 years. A must-see attraction in Turkey, the museum carries some of the most revered treasures in Islamic history including items belonging to the Prophet Mohammad (PBUH). It also displays a magnificent collection of jewels, different weaponry, clothing and calligraphy.
*Harem not included
*Closed Tuesdays

Grand Covered Bazaar:
In this labyrinth of streets and passages are more than 4,000 shops with each trade having its own area: the goldsmiths’ street, the carpet sellers, Turkish arts and crafts, such as hand painted ceramic plates, hand-honed copperware, brassware and trays, water ewers, onyx-ware and meerschaum pipes.
*Closed Sundays

(Buffet Breakfast Included)
Depending on your flight timing, we will transfer you to Ataturk airport for your flight to your country. We hope you had memorable time during your stay. Have a safe flight back! 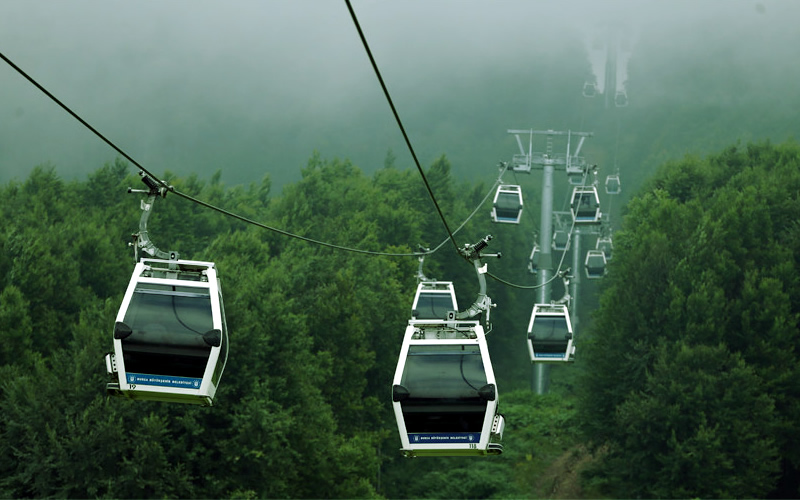